Launched in Feb. 2017, Gun Stoppers is a partnership between the Greensboro Police Department and the Greensboro/Guilford Crime Stoppers program. The goal is to reduce violent crime by encouraging people to report illegal weapons in our city.

Gun Stoppers pays a minimum of a $250 cash reward to anyone who notifies the tip line of an illegal weapon, and that tip leads to an arrest and/or confiscation of an illegal gun by the Greensboro Police Department or Guilford County Sheriff’s Office.  Simply report the Gun Stoppers tip to Crime Stoppers by calling 336-373-1000 or click Submit A Tip! 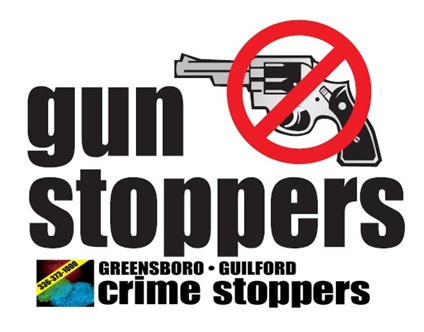 WHAT IS AN ILLEGAL GUN?

Such people can include (but are not limited to):

· Persons dishonorably discharged from the US Armed Forces

· Those with illegal silencers